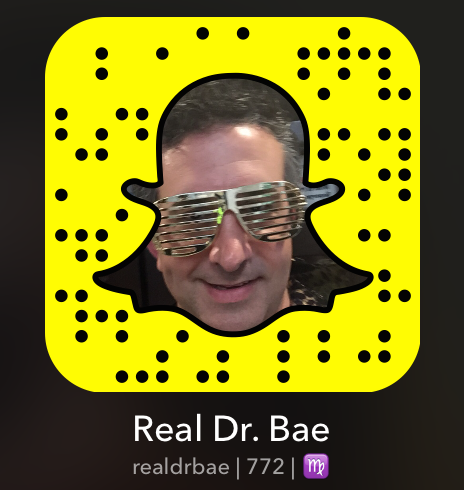 Sure Snapchat provides many benefits as can be seen here. But I learned a new benefit this past week. It’s a great visual tool for non English speaking patients as well. Think about any non English speaking or English-not-as-a-first-language speaking patient. Even if you have an interpreter it’s very hard for the patient and doctor to communicate in depth. But if they’re following you on Snapchat, it’s way easier!

Assuming your patient does not speak a relatively common “foreign” language like Spanish, it can be hard to communicate with them during a consult if they’re not accompanied by an English speaking family member. I had a patient from Asia that just recently started to learn English.

Before I saw her, I thought I may need to reschedule her with someone that could help translate. While she did speak some English, it was minimal. However, we found common ground – she watches our Snapchat stories! We were able to discuss her procedure of interest by referring to a procedure we performed earlier that day and that she had watched.

By making reference to various stages of the procedure in the video, I was able to explain the procedure with greater clarity. It was clear in her reaction that she understood. While I didn’t have to resort to actually watching the video with her, that would have been a great adjunct as well.

Snapchat, until it’s absorbed by Instagram stories, continues to amaze me in its ability to connect with patients!