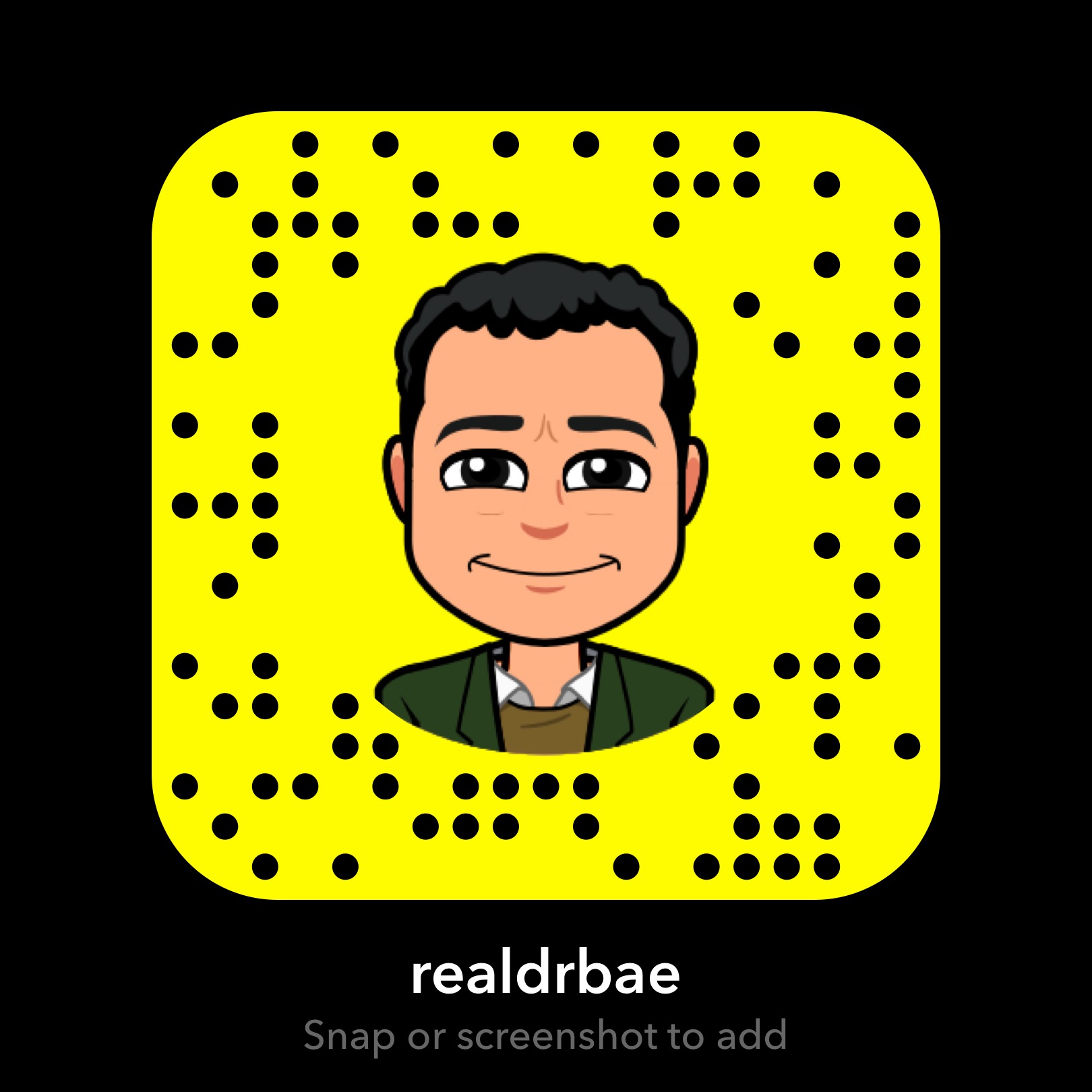 Dr. Kaplan aka Dr. Bae on social media (@realdrbae). The Real Dr. Bae moniker started in August/September of 2016. Snapchat was taking off. Dr. Miami (Michael Salzhauer) started the craze that brought social media into the operating room. It was decried as inappropriate by aging doctors stomping their canes. What they didn’t realize was the world was changing. Things they thought were sacred were still sacred, but not in the way they envisioned.

Until Snapchat, the surgical experience was only for the patient in the operating room. But what about everyone considering surgery? Were they expected to be ignorant of a life-changing experience until the moment that experience was changing their life?!

Social media made the unknowable, knowable. Sure there were doctors that made a mockery of the seriousness of the operating room, but Dr. Miami wasn’t one of them. Maybe he dressed up like a king with a scepter but that wasn’t in the OR. That was for pure entertainment outside of the operating room. What these old-school doctors didn’t realize is that social media was actually the greatest consumer-education tool ever created.

In fact, it was safer than the antiquated surgical theaters where medical students gathered in stadium seating to watch an operation in an unsterile environment. But instead of spreading the knowledge to a few dozen onlookers, social media had the power to educate thousands and even millions of consumers considering an elective procedure.

So I decided to go down to Miami to see how Dr. Miami did it. He had two full-time social media managers and the support of his CEO, Rosy Zion of the Zion Method, a practice management consulting firm, and Rob Shujman (the J is silent), the CFO of the Dr. Miami operation.

While Dr. Miami wasn’t promising his level of success (2 million followers across Instagram and Snapchat), he offered the secret sauce to educating consumers in our respective cities. Demystifying the world of cosmetic surgery.

By giving the consumer a peak behind the curtain, his, and now our office, showed how things worked behind the scenes. In the office, in the operating room, and to an extent, into our personal lives. There were many ways that social media like Snapchat and Instagram Stories transformed my practice but essentially it offered transparency and approachability for the consumer.

Before I went to see Dr. Miami, I was considering various names for my Snapchat and Instagram account. I came up with @bodybykaplan. It was simply too predictable and not memorable. Then Dr. Miami’s CEO, Rosy, received a bolt of lightening for the man/woman on high and had an ingenious revelation…@RealDrBae.

Well, at the time, I didn’t really get it but when speaking to a millennial and explaining that I’m the @realdrbae on social media, their eyes light up with approval and appreciation for the brilliance of the name. FYI, there are some that suggest BAE has an interpersonal undertone, meaning “before anyone else.” But this is probably a backronym.

Things have been good overall since entering the world of social media. Certainly there have been hiccups. Snapchat had to go and ruin a great thing with their dreaded update that made it harder for consumers to find the doctors they were already watching. And then of course, Facebook retooled Instagram and created Instagram Stories which is better than Snapchat in several ways. First, it’s easier to find and tag friends, family and businesses in Instagram Stories to promote them and yourself in a way that you still can’t do as effectively on Snapchat.

Instagram Stories is more user-friendly that Snapchat was or since their dreaded update. And Stories has more clever ways of engaging with the consumer: Q&A, polls, locations and hashtags that actually bring others into the conversation.

So what’s a doctor to do? Quit Snapchat and switch to Instagram Stories? That may seem like an obvious choice but there’s one thing that keeps me on Snapchat. The average Snapchatter is a very engaged and action-taking being. I still receive so many consults from both Snapchat and Instagram so I don’t want to abandon one over the other.

To avoid the time commitment of creating content for both, my office staff and I create content on Snapchat and then transfers each “snap” or story segment to Instagram Stories. The video quality isn’t great on Instagram Stories after transfer from Snapchat but it’s good enough. And with a growing viewership (viewership on Stories isn’t directly proportional to likes and follows on the traditional Instagram feed with posts), it seems to be working.

Regardless of how you do it, you must do it. Older physicians near retirement have a real problem on their hands and I sympathize. If I was in their shoes, towards the end of my career but still needing to generate leads for my practice, it would be hard to jump into social media. In fact, I worry that when I’m older, set in my ways and not looking to tackle new technology, I’ll be faced with a yet-to-be-invented platform, similar to what older doctors are dealing with now on the social media front. But you can’t do it halfway. You either commit, or retire. Do. Or do not. There is no try.