The fallacy of claims data and the negotiated rate 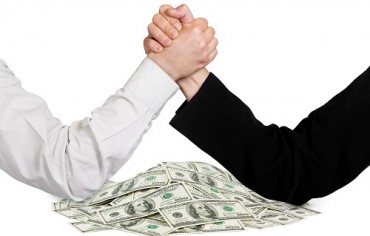 Claims data and the negotiated rate

The difficulty in providing good price transparent data to consumers prior to receiving a service or procedure is due to complex variations in healthcare policies. Each consumer’s health insurance varies with the individual or employer’s policy.

The out of pocket maximum or deductible varies among policies. As does specialist copays or drug copays. And for that reason, it’s not always clear how much an individual will pay out of pocket for any given procedure. It depends on the negotiated rate between the provider or provider’s representative (read: whomever “owns” the provider or facility and negotiates on their behalf) and the insurance company.

I know this because hospitals and outpatient facilities have “prompt pay” discounts or cash-pay prices that are often less than the negotiated rates. That’s why I argue for bundled pricing in this article here. Bundled rates are often the least expensive rate for the consumer. This facility, a member of the Free Market Medical Association, bundles the pricing for their spine care surgery center.

It’s beneficial to the doctor and facility to accept a bundled rate as well, because the consumer pays it directly to the provider with the unnecessary insurance middle man. Remember, the consumer with a high deductible health plan, which is greater than 50% of employer-provided health insurance plans now (Kaiser Family Foundation), is paying this money out of pocket regardless. So better to pay out a lesser amount towards a discounted bundled pricing package than the out-of-pocket negotiated rate. And whatever the consumer spends, whether it’s in network or out, can still apply to their deductible.

If the negotiated rate isn’t the best price, how are claims data helpful?

However, this does not provide actionable information for the consumer. In this example, the consumer can see what many people have paid in the past in various health plans. But it’s only a prediction of what they will pay when they need treatment.

Just as you don’t want a prediction of what you’ll pay for a house or car, knowing an average healthcare price isn’t actionable. Does it provide education? Sure. But when paying thousands of dollars out of pocket before a deductible is met, I’d prefer actionable data over education that leaves me wanting.

Simply put, we’re focusing on the wrong thing here. The negotiated rate isn’t the best price. So why bother averaging claims data to leave the consumer paying the more expensive negotiated rate?! Stop focusing on approximations and encourage providers to show the discounted bundled prices they already have in place for self-pay patients without insurance.