What a difference an implant exchange makes! 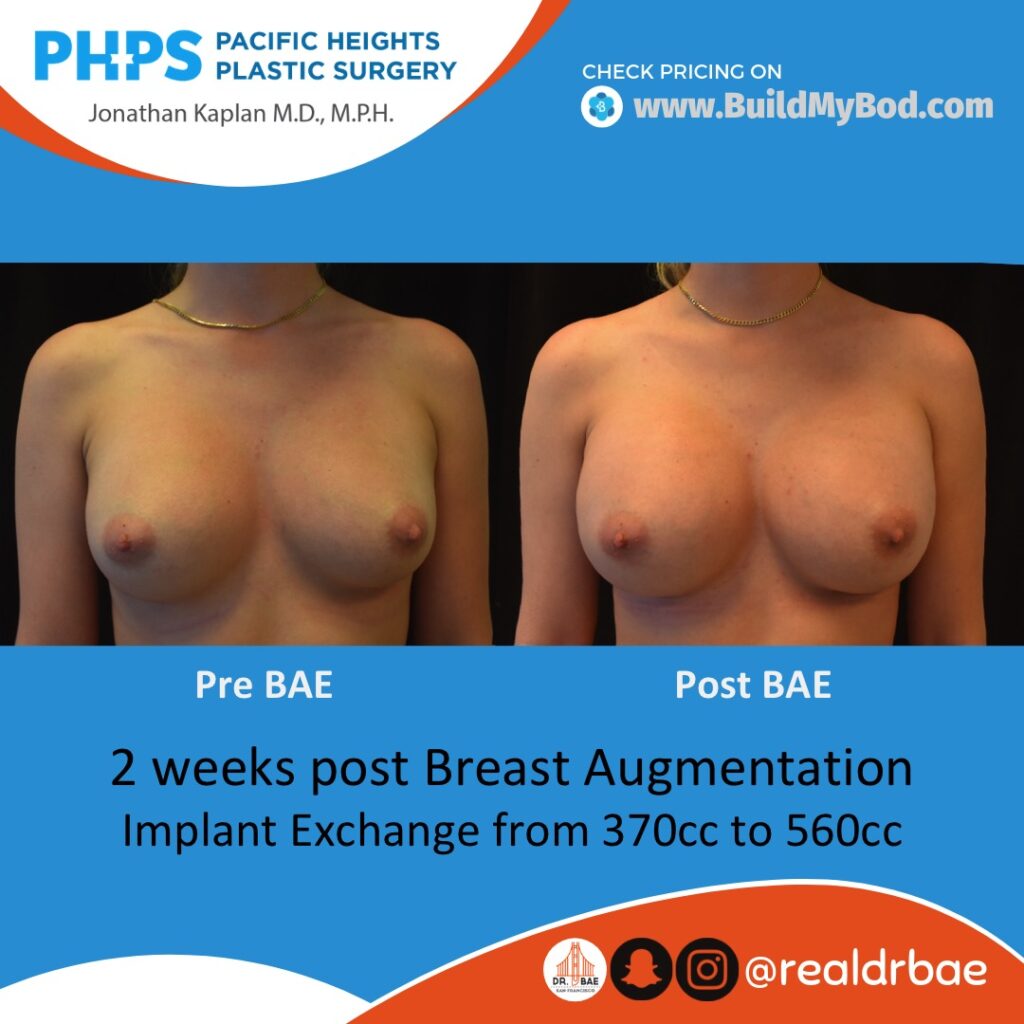 Check out those breasts! Seriously though, who would’ve thought an implant exchange from 370cc to 560cc (an increase of almost 200cc!) would still look so good and so tasteful? There are several ways to philosophize on this particular patient’s case.

Is an implant exchange in your future?

But simply by comparison, the larger implants make them seem small. At the same time, how do the 560cc implants look so appropriate on the same smallish frame? We’ll address this more later. And why didn’t the original doctor place larger implants in the first place?

The answer is, stress relaxation. A patient whose breasts look like they do in the photo above with 370cc silicone implants in place, probably had little to no breast tissue before her original operation. So it was probably a struggle just to get 370cc implants in position with the skin envelope so small and tight.

Fast forward a few years, and the breast skin envelope has been stressed with the 370cc implants. That stress on the skin, makes the tight skin relax and acclimate to the implants. That way, when the patient decided to get larger implants more recently, the skin has already been stretched (in a good way), to allow for the much larger 560cc implants. Thus allowing the “new” breasts to appear more natural than going straight from no breast tissue to 560cc implants.

This isn’t just a phenomenon with cosmetic breast augmentation. This also happens when a patient has a mastectomy for breast cancer. Since the breast and most of the breast skin has been removed, a full size implant can’t be placed right off the bat. The surgeon has to put a tissue expander in place first to stretch the skin over several months. Stress relaxation is in play here as well. Once the skin has been adequately stretched, a permanent implant is inserted during an implant exchange procedure. The only difference in the case above is that it’s for purely cosmetic reasons.

But that still doesn’t completely answer the question, how does 560cc implants look so good on a patient’s small frame? When the patient first asked for these larger implants, I was concerned they would be too big. After speaking with the patient, she clearly understood the risks and had reasonable expectations. I’m glad I listened to her because she was right and she looks great! In the end, you can’t always know if a larger implant will be too big. Simply tell the patient that you can only put in the biggest implant that will still allow for closure of the incision. And review the risks and benefits and hope the patient remembers that preop conversation in the postop period!

To check pricing on a breast augmentation or implant exchange from a doctor near you, click here or here, respectively.