Why Yelp is partly to blame for the current opioid crisis! 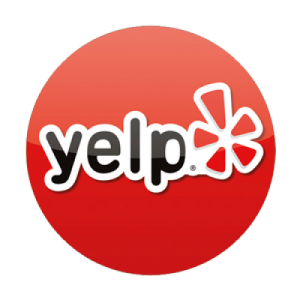 I recently wrote about the ongoing opioid epidemic. More opioid overdoses and deaths currently than anytime in recent memory. In case you didn’t read this post, I blamed a lot of people and organizations for the recent crisis. I argued that it all started with the American Pain Society in 1996.

For those of you not in the medical field, there are typically four vital signs the nurse takes from the patient: blood pressure, respirations, heart rate and temperature. But in 1996, the American Pain Society coined the phrase, the 5th vital sign, which is pain. The only problem is that while the first four vital signs can be measured objectively by a blood pressure cuff or thermometer, pain is completely subjective. Because of the emphasis on treating patients for their pain, we may have inadvertently caused the current wave of opioid addiction.

After the description of the 5th vital sign, the Veterans Health Administration followed suit and included pain as the 5th vital sign in their national pain management strategy. Not long after, the agency that “blesses” healthcare organizations like hospitals throughout the country, the Joint Commission on Accreditation of Healthcare Organization (JCAHO), introduced standards for pain assessment and management.

The Centers for Medicare and Medicaid Services, or CMS, is the organization that reimburses doctors and hospitals for the care they provide to Medicare and through the states, Medicaid, patients. CMS started penalizing hospitals if they didn’t achieve a certain level of patient satisfaction based on patient surveys. These surveys addressed pain but also many other aspects of the patient’s hospital stay. So if the patient was unhappy with the treatment of their pain, or didn’t feel it was adequately controlled, the hospital was dinged on their reimbursement. Naturally, anytime certain behavior is either rewarded or punished, the hospital administrators will focus more on those issues. Thus, pain control was a priority and patients had to have their pain treated so they would respond favorably on surveys.

But how did Yelp contribute to the current opioid addiction?

If a patient doesn’t feel their pain has been adequately addressed, they make it clear in a hospital survey. With that understanding, it’s not a mental leap to see that a patient may also make it known in a negative Yelp review that they’re unhappy with their doctor’s treatment of their pain. Regardless of the legitimacy of their pain complaints (maybe they’re in real pain, maybe they’re drug-seeking), the doctor pays for it in the form of a negative Yelp review which can affect their business.

After a long day of seeing 20 to 40 patients, doctors are human and start to find the path of least resistance. While they may have tried to reason with the 2nd patient that was asking for more pain medicine, by the 12th patient, they’re tired of convincing the patient they need to wean off their pain meds. Mix that with a patient that is vaguely threatening and you have a perfect storm where the doctor will pacify the patient one more time to avoid a bad Yelp review. This contributes to the opioid addiction crisis for all of the reasons mentioned above, including the motivation to avoid a negative Yelp review.

I’m not suggesting the opioid crisis is Yelp’s fault. But they are a cog in the system that has led to the current opioid crisis. When online reviews become so powerful, even doctors can be stuck between refusing to refill a narcotics prescription and in turn, receive a negative review versus possibly over-treating a patient’s pain, thus saving their energy to fight another day.