Why Jenny McCarthy Should be Public Enemy #1

Another day and another headline revealing the effects of the anti-vaccination movement. The Washington Post published an article on May 29th, 2014 that starts off with:

“The ongoing measles outbreak in the United States has reached a record for any year since the disease was  eliminated in this country 14 years ago, with 288 cases of the potentially deadly infection reported in 18 states, the Centers for Disease and Prevention said Thursday.” 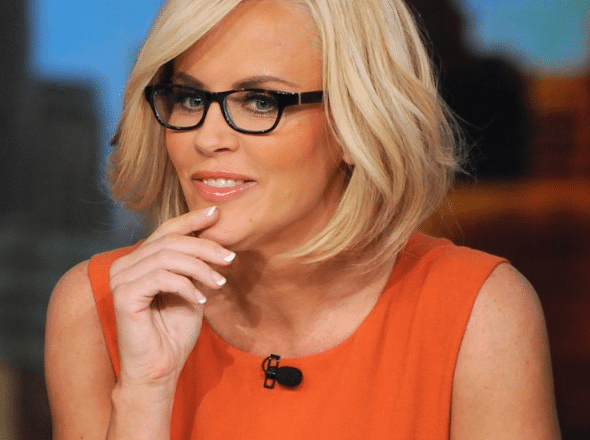 Clearly Wakefield deserves blame for lending supposedly credible evidence to the idea that vaccines cause autism but we also have Jenny McCarthy to thank for this fallacy. Her vociferous allegations and “celebrity” gave her an unprecedented stage to espouse unscientific statements. She claimed on many, many occasions that her son had autism from the MMR vaccine, citing her interpretation of this paper – or maybe, and most likely, her interpretation of a dumbed-down summary. Now that this paper has been discredited and she has received a great deal of backlash for her anti-vaccine comments, she is changing her story as you can see here.

But it’s too late. The effects of her comments can not be undone. There is no lack of evidence that many preventable diseases are making a comeback. From interactive maps like the one below or personal stories of growing up without vaccines, the evidence continues to show the life-saving effects of vaccines and the wrongful loss of life without them.

Aside from having to treat kids and adults that are catching these preventable diseases now, there’s another unforeseen consequence in the return of these diseases. No one knows what they look like! I realized several years ago when the anti-vaxxers got such a big boost from Jenny McCarthy’s tirades, that if a child or adult comes into the emergency room with measles, mumps or rubella, the doctors won’t recognize the signs and symptoms of those diseases. That’s because they haven’t seen these diseases in person before (remember, the vaccines had all but eradicated them) and the rashes and symptoms associated with these preventable diseases weren’t a topic of focus in medical school. Medicine is such a vast discipline that you can’t cover every topic with the same emphasis. And since these preventable diseases weren’t seen anymore, my medical school microbiology classes focused more on existing diseases such as HIV and prions (think Mad Cow Disease).

Most physicians will tell you that, be it trauma or a medical illness, quick diagnosis is the key to treatment and recovery. If you can’t quickly diagnose measles, the patient’s symptoms can quickly grow to include pneumonia, a less easily treatable issue. While it may seem easy to call out Jenny McCarthy and make her public enemy number 1, she truly deserves the ridicule and blame. Oh, and by the way, we haven’t forgotten about you Katy Couric!

And for a little comic relief of a very serious problem, take a look at this: