Umbrage and the VA Hospital Scandal 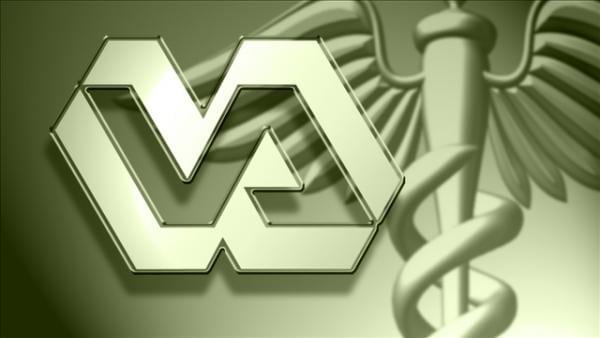 Umbrage: feeling offended by what someone has said or done. That’s the definition of umbrage and if you’ve been following the scandal surrounding the VA (Veteran’s Administration) Hospital in Phoenix, you are hearing from a lot of politicians taking umbrage with the actions of that particular VA and how they provided very poor service to our veterans. Specifically, the wait times for veterans to be seen in the outpatient clinic at the Phoenix VA were so long, sometimes weeks to months, that the VA created a fake, more public, appointment schedule that suggested people were being seen sooner and treated faster but the real clinic schedule, the secret one, showed otherwise.

This scandal broke when a retired internist blew the whistle on the VA and exposed the secret list of appointments and how long it was taking patients to be seen. The Republicans have seized this opportunity to expose the shortcomings of the VA system and the President has responded to criticism by saying that those held accountable for these secret lists will be dealt with harshly. So everyone is jumping on the umbrage bandwagon to express their disappointment in this lapse by the VA and its treatment of our veterans. Here’s the problem: this umbrage is misplaced and belated. I’m not saying these politicians are faking their indignation but they are acting like this VA scandal is a new problem in an otherwise well functioning bureaucracy. The VA is anything but that, as clearly described by a veteran in this opinion piece.

As a general surgery resident, I rotated through the VA hospital in New Orleans. There were several parts to that VA. There was the assisted living/long-term care portion of the hospital referred to as ‘9G,’ the outpatient clinic and the hospital and emergency room. That facility represented everything that is wrong with healthcare and the Federal government all wrapped into one. Their recipe for incompetence included passive aggressive staff – doctors and nurses alike – administrators that made every process a quagmire and a culture of ignorance, and worse, apathy. This is not what our veterans, or any human in need of healthcare, deserves. The problems were pervasive and rampant as I’ll now describe.

Nothing would make the OR staff happier than to find a way to cancel an operation that was scheduled for a patient. Whether it was the non-board certified anesthesiologist coming up with an illegitimate excuse to say the patient shouldn’t receive anesthesia or the nurses/transport team not going to get the patient for surgery. And if something needed to be done for the patient while they were on the inpatient unit, even the most basic of tasks, it was an uphill battle.

For example, in the case of vital signs, it is very standard for the nurses on each shift in any hospital to check the patient’s temperature, blood pressure and pulse among other items and enter these values into the computer to be checked by the doctors on their morning rounds. I remember trying to find the vitals signs for a particular patient and when I didn’t see them, I asked the head nurse that happened to be standing there, where the vitals were. After looking in the computer and realizing that the nurse had not checked the patient’s vital signs for at least the last 12 hours, rather than addressing the problem, he simply said, “do you really need the vitals?”

In another encounter, I was following an in-patient that had terminal stomach cancer. He knew he was dying and the nursing staff knew he was a “do not resuscitate,” meaning that if he died, there would be no attempt to revive him. However, if he died, he would need to be assessed and “pronounced” at the time of his death and provided some basic dignity. One morning I went in to see him and he had passed away in the night. But he seemed undisturbed as though no one knew he was deceased. I went back out to the nurses station and asked the nurse how Mr. So-and-so was doing to see if in fact, she had no idea he had died. She said, “oh he’s about the same.” I updated her that the patient had died. She seemed unconcerned. Unfortunately, I’m not the only doctor that has discovered a deceased patient in their room at the VA. This is a story I’ve heard from others, one too many times.

The VA had a very comprehensive electronic medical record (EMR) which was really great in determining what prior treatments patients had. It was also used to order X-rays and other tests. I remember ordering an X-ray through the EMR and checking to see the results of the X-ray later in the day. The results were not available because the test had not been done. I called the radiology department to ask why the X-ray had not been done even though I ordered it electronically. The tech said, “oh, if you really want an X-ray done, you really need to call and tell us about it, after you order it on the computer.” If you work in a hospital and find this to be a common occurrence where you work too, that doesn’t make it acceptable.

We would often joke that the VA had so many layers of bureaucracy and so many unnecessary employees that if you instead gave every veteran a diamond-encrusted gold insurance card that would get them treated at any non-VA hospital or healthcare facility in America, that it would still cost the government less money to get our veterans better care by closing the VA hospital system altogether. While I do think closing the VA hospital system entirely is a bit extreme, because some parts have their place, I do think the sentiment of that financial scenario is accurate.

The area I referred to earlier, ‘9G,’ the long term care/assisted living facility, did provide veterans who had very limited means a kind of nursing home they could not afford otherwise. This seemed humane and appropriate. The outpatient clinics for diabetes control and blood pressure management have an important role that I think is successful. But outside of these spheres, our private and state hospital systems can provide better, more accountable care for veterans than what the current system can. And I think the VA will never be able to provide the care it was envisioned to provide. The culture, the system, is irreparably broken beyond all hope.

I think it’s important to note that even though a VA hospital may seem indispensable, I refer you to New Orleans post-Hurricane Katrina. The VA was damaged during the hurricane so much so that the surrounding hospitals had to “take up the slack” when the hospital closed. However, the outpatient clinic has remained open. With the private and state hospitals addressing the surgical and in-patient needs of these patients in New Orleans, there are no veterans dying in the streets. Clearly this would be front page if it was the case.

The bottom line is that politicians in Washington are taking umbrage with these “revelations” when in fact, the VA system has been broken for a long time. Unfortunately, the political will to dismantle the inpatient/hospital portion of the VA may never exist…and that’s a shame for our veteran’s on this Memorial Day.