Last week’s NY Times article highlighting Republican’s continued efforts to mount legal challenges to the new healthcare law are embarrassing me as a Republican-leaning independent. For one, this ship has sailed. The opposition may have future victories in court but they’ll be minor in comparison to the Supreme Court’s decision to uphold the Act. The Affordable Care Act, for all its failings and incompetent rollout is the new norm – whether you like it (50% of America) or not (the other 50%)! 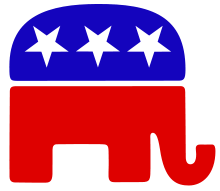 But what I’m really embarrassed about is how they prop up the “common man” to make their case in the article. They found an owner of a carpet store with no employees that served as the plaintiff in a constitutional challenge to the individual mandate. He professes to be a man of integrity that goes to the doctor and pays for it himself, regardless of insurance coverage. Which is honorable, I’ll give him that. Unfortunately he doesn’t stop there. He went on to say, “If I’m forced into some sort of program where it’s subsidized by the government, I won’t go see a doctor.” So let me get this straight, if someone helped you get insurance, you wouldn’t go to the doctor to prove your point to the government? I don’t think the government will notice your point and I’m pretty sure the only person you will hurt is yourself.

I don’t know if that guy is a creationist, but he has proven the principle of natural selection and survival of the fittest. Republicans need to stop slugging it out with their bruised ego and do something the logical “common man” can be proud of.