Maybe not everyone is aware of the surgical myths associated with having red hair but 2-6% of the US population – those with red hair – are quite familiar! These surgical myths are propagated as dogma throughout surgery residency and in everyday conversations, but after recently operating on a redhead, I was curious if any of the myths were true. The redheaded patient I operated on did fine but she, along with another friend that’s also a redhead, both asked if there was any truth to the myths. So what are the myths? 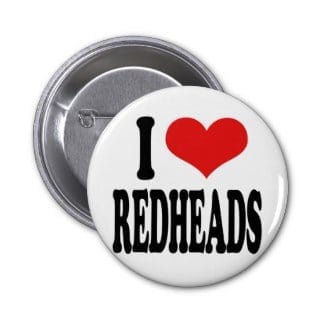 Being a redhead is traced to a specific gene on chromosome 16. The gene produces the melanocortin-1 receptor (MC1R) protein, which can lead to red hair. The hypothesis of a study done in the British Medical Journal was to determine if that redheaded gene affected pain thresholds (requiring more pain medication), clotting ability (inability to stop bleeding) or other surgical issues.

The study found that redheads are lightweights when it comes to being put to sleep in surgery. They’re very sensitive to pain and also very sensitive to narcotic (pain killing) drugs. So, for all of the anesthesiologists that believe that it’s harder to put a redhead to sleep, this study suggests otherwise. However, when it comes to injecting local anesthesia with lidocaine for procedures at the dentist or removal of a small mole, apparently lidocaine doesn’t work as well to numb the area in redheads.

Lastly, there was no evidence that the gene on chromosome 16 affected the ability to clot or stop bleeding and therefore didn’t result in easier bruising. It may be that since redheads are more fair skinned, it’s just easier to see their bruise. And for a myth that was new to me – higher risk of hernias – no dice there either. So it appears that most of the myths surrounds redheads and surgical complications are just that, myths.

Are you are a redhead and feel some of these myths have proven true in your case?