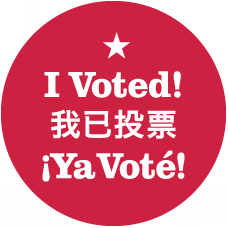 Election night 2014 was significant for more than just a Republican takeover of the US Senate. Some sugar taxes passed while others failed (passed in Oakland, failed across the Bay in San Francisco). But as you know from my previous post, I was focused on the outcome of Propostion 46, which failed to pass.

While I saw all of the ads for and against proposition 46 on TV, I didn’t think the “against” campaign clearly pointed out the details. But after spending $60 million in ads, the “No on 46” campaign apparently got the point across. I have to say that even though I knew why I was voting ‘no’ and felt well informed, I had a quite a bit of anxiety when I saw the actual measure on the ballot.

Proposition 46 combined an 1) increase in the cap on pain and suffering (non-economic damages would be increased from $250,000 to $1.1 million dollars but economic damages would still be uncapped as they are now), 2) would require doctors to consult a database for prescription drug abuse by patients and 3) would drug test doctors. It’s ridiculous that all of these initiatives are allowed to be combined into the same proposition but such is California law. But back to my anxiety.

When I looked at the ballot, the proposition started out “Drug testing of physicians…..” When I saw that, I thought for sure the whole proposition was going to pass. As I mentioned, I knew that initiative was buried within the proposition but I didn’t realize that it was going to “lead” the proposition as though it was the central issue of the measure. Considering our limited attention span, I was worried that most voters would see those first few words and simply mark ‘yes.’ Luckily they read further and understood the financial impact of the central theme of the proposition. And for that reason, proposition 46 didn’t pass.

So, congrats to the citizens of California for making the right decision in my humble and clearly biased opinion!