I’m warning you now, it wasn’t the juiciest Golden Globes this year in regards to bad plastic surgery but there are a few tidbits worth mentioning. It was the year of facial grimaces and body language. Which is a shame because the image and vibe you display is easier to correct than surgery! 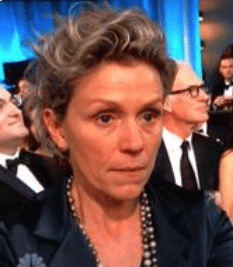 Apparently Frances McDormand was unhappy that she didn’t win an award and seemed displeased when the winner of her category (Amy Adams) was announced. Because of the sour look on her face, she has been likened to Grumpy Cat with her face in repose. Which is too bad because she’s a great actress that has more to offer than these GIF’s would suggest. Regardless, if she’s looking for a pick me up, a facelift to address her jowls wouldn’t be the most ridiculous thing she could do. This way, if she doesn’t win a Golden Globe in the future, at least she’ll look happier!

The award for funniest look-alike reference goes to Caterine Zeta Jones (and John Boone, the author of this article on ETOnline). As you can see below, she looks very similar to the “dancing lady emoji!” 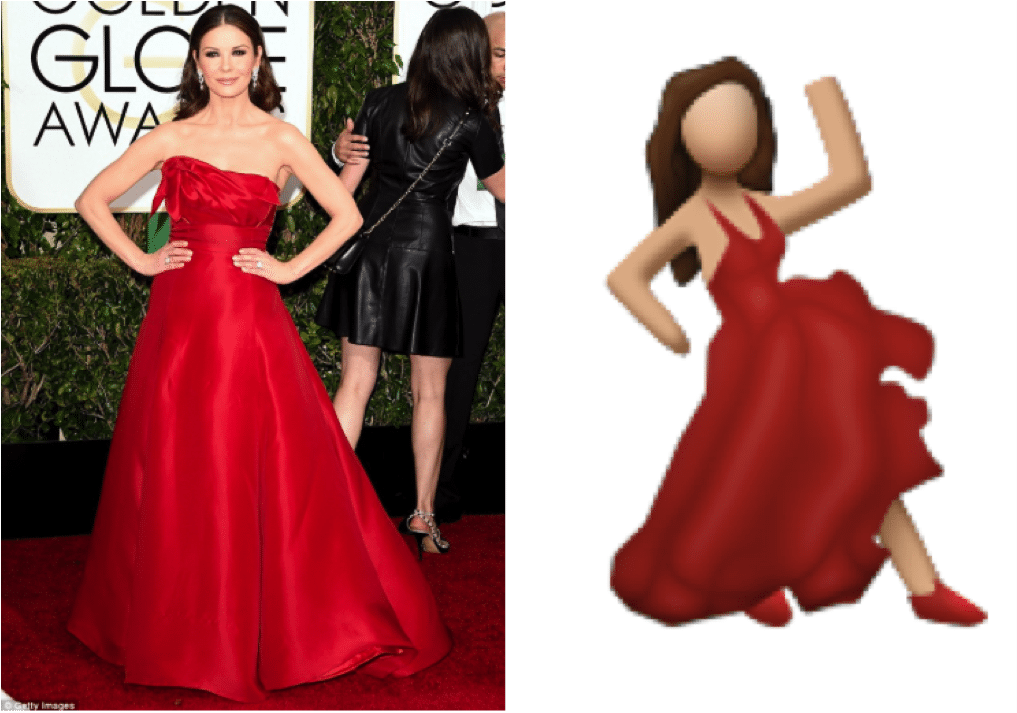 How funny is that! Anyway, it really is too bad how critical the press, and I guess yours truly, can be. Who would’ve thought a few years ago that you could be faulted for your outfit looking too much like an emoji!

Here’s hoping that the Oscars will be more entertaining than the Golden Globes this year.