Before and After Photos: Behind the Scenes! 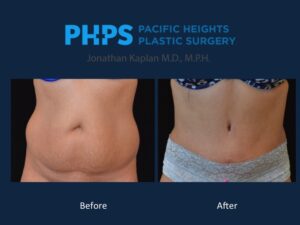 Before and after tummy tuck photos with scar covered by underwear

Look at the before and after photos to the left. Great looking tummy tuck result and the patient is thrilled. But why does it look particularly good? Maybe because you can’t see the requisite tummy tuck scar that goes with it? The patient’s underwear, worn in a position normal for her, is covering the scar. But maybe covering the scar gives readers like you and others considering surgery a false impression of her results and your potential future results?

Are before and after photos misleading?

Not sure what I mean? Check out the photo below: 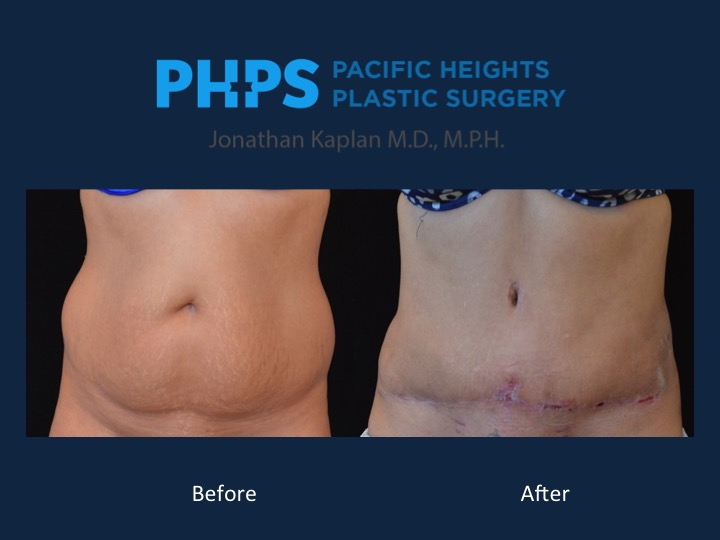 Before and after tummy tuck photos with scar visible

This is the same patient but with her underwear pulled down to reveal the scar. The scar is still healing slightly but the point is that the patient at the top looks exponentially better with the scar covered by her underwear. But is that misleading to the consumer? I know it can be misleading to some because patients come in every now and then surprised to know they’ll have a scar after a tummy tuck. They think they won’t have a scar because they’ve seen so many before and after photos online where the doctor uses the technique of covering the scar with underwear. It certainly looks better that way but it doesn’t reveal the whole story…you will have a long scar with a tummy tuck…there’s no way around it!

The other way you can spin this is – why it’s important to seek out a doctor that understands the importance of precision incision placement. If the doctor makes the incision too high, no style of underwear will cover the incision. But a doctor that places the incision low enough, can then hide his/her work when the patient is at the beach or, as is the case above, in her before and after photos.

Do you think covering the scar with underwear is misleading? Please leave comments below.

To find out what Dr. Kaplan charges for a tummy tuck, click here.