Ok to shower after surgery? 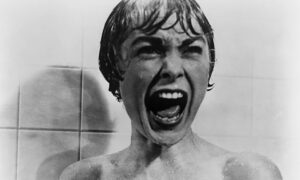 If you’ve ever gone to the ER due to a cut face or finger, the usual instructions after getting your laceration sewn up is, “don’t get it wet!” Like many things in medicine, there is a good deal of dogma – recommendations that are often repeated but lacking any real supporting evidence. Why isn’t is ok to shower after surgery? I think it’s time to promote some new dogma.

I see it all the time. A patient gets sewn up in the emergency room and they are told to follow up with me, a plastic surgeon, in clinic to have the stitches removed. As an aside, I’m typically impressed with how good a job the ER doctor did in sewing up the cut so ignore the old saying that you have to request a plastic surgeon in the ER. But I digress. When the patient comes to me, the dressing is filthy because the patient was told to avoid getting the wound wet. Apparently getting an incision wet is bad. So that means that collecting dirt and sweat on the incision is better?!

As far as I know, there’s nothing wrong with getting your healing wound wet and it’s certainly ok to shower after surgery. Again, the alternative to showering and letting soap and water run over a wound, thereby killing and cleansing away bacteria, is to avoid water and all forms of hygiene. How is that good under any circumstances, especially for a vulnerable, healing wound?!

I repeatedly tell my patients that it’s ok to shower after surgery, even if they’ve had breast augmentation. Theoretically there’s a concern over water “seeding” the implant with bacteria but I think the shower is more likely to cleanse the incision with soap and water vs allowing grime and sweat to fester in the incision without a shower. Just to be clear, there may be some truth in avoiding a bath wherein you submerge in a tub of your own filth that soaks your incision, but soap and water in a shower running over the incision probably never hurt anyone.

So sure, maybe I’m promoting my own line of dogma by telling patients it’s ok to shower after surgery but if being clean is wrong, I don’t want to be right!

To check pricing on procedures from Dr. Kaplan, click here.