After six months in practice here in San Francisco, I noticed many patterns in this tech-savvy, co-ed intellectual workforce. One is the request for BHRT or bioidentical hormone replacement therapy to help stave off cardiac, intellectual and emotional changes associated with aging. Because the provision of this type of medical care is not isolated to one particular medical specialty is one reason I did not initially dismiss the notion of whether I could provide this service to my patients. But before I would enter the world of BHRT, I needed to do my research and build on a fund of knowledge in hormones and biochemistry gained in medical school. 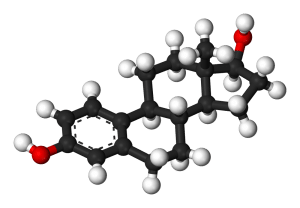 Wow….I had no idea the storm of controversy I was about to enter! Prior to 2002, hormone replacement therapy (HRT) referred to the replacement of estrogen and/or progesterone in the form of Premarin and Provera. These hormones were not identical to the estrogen and progesterone normally found in women’s bodies but from an emotional standpoint, women were mostly happy with the drugs’ ability to provide a more stable mood or at least the avoidance of depressive symptoms. In 2002, the controversial results of the Women’s Health Initiative (WHI) was released, showing the detrimental effects of estrogen and synthetic progestins leading to cardiac disease, stroke and breast cancer. So doctors feared that the benefits of HRT were now heavily outweighed by the risks.

Not so fast. The following is a very condensed assessment of my research and self-education. The 2002 WHI showed that when starting the pill-form of synthetic estrogen made from the urine of horses and synthetic progesterone (medroxyprogesterone acetate (MPA)) several years after menopause, that those drugs could increase cardiac disease, stroke and breast cancer. This study did NOT evaluate the the risks and benefits associated with bioidentical hormones such as estradiol, estriol and progesterone in patch or cream form when started soon after the last menstrual cycle (perimenopause). While randomized controlled trials (the Rolls-Royce of clinical trials) have not proven the beneficial effects of bioidentical hormones such as estradiol, estriol and progesterone, there are plenty of observational studies and anecdotal evidence to suggest the positive role they play in perimenopausal women. In fact, the interplay between estriol and progesterone may even have a protective effect against breast cancer.

Based on this understanding of the potential benefits of hormones identical to those naturally occurring in the body, I felt comfortable from a scientifically sound perspective offering this option to my patients. But was it right from an ethical standpoint? As a cosmetic plastic surgeon, do I have any right to be offering patients hormone therapy? Normally, I offer patients the opportunity to turn back the clock with non-surgical or surgical cosmetic procedures. BHRT would offer the option to slow the clock of aging from a medical, non-surgical standpoint. This seemed to be consistent with my responsibilities to my patients. From a financial standpoint, there would be no conflict of interest since I’d gain no direct income from this part of my practice. I believe the natural interaction with these patients would be to refer them to a lab to check their hormone levels and then refer them to a compounding pharmacist to purchase bioidentical hormones to replenish the specific deficiencies they have based on lab testing. Sure those same patients may request my services when it comes to cosmetic surgical and non-surgical procedures (Botox, fillers) but that is what I do!

My decision isn’t finalized yet since I still have some practical issues to work out but it appears to me that bioidentical hormone replacement therapy plays a significant role in women’s lives. To ignore my patients’ requests would be to deny my responsibilities as their doctor.