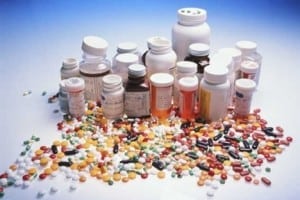 If you’re like most plastic surgery patients, you often need pain medication after surgery such as Percocet, Vicodin or Lortab. Well, it won’t be as easy to get your pain meds anymore.

Percocet, which is a combination of oxycodone and Tylenol, is a more powerful painkiller and requires a written prescription each time it is prescribed. Your doctor can’t call it in over the phone to the pharmacist and refills aren’t allowed on the same prescription. Whereas Vicodin and Lortab are less powerful and can be called in over the phone with multiple refills.

After a warning by the Drug Enforcement Agency (DEA) a decade ago citing increased overdoses, the FDA is now shifting Vicodin and Lortab into the same category as Percocet. Vicodin and Lortab, which are a combination of a less powerful “opioid,” hydrocodone and Tylenol, are now considered too dangerous to prescribe as freely as in the past.

As I mentioned in a previous post, good pain control after surgery is simply humane. These new restrictions aren’t being instituted because of typical patients in postoperative pain; they’re being instituted for consumers that have an addiction to pain medications.

Unfortunately there is a segment of society that is addicted to pain medication even without an inciting event such as recent surgery. The argument is that the availability of hydrocodone has led to an increase in overdoses and by restricting the ability of doctors to call in hydrocodone, these overdoses will be curtailed.

If we assume that some patients overdose on accident, then requiring a written prescription for each refill will make it more difficult to obtain pain medication and in turn make it less likely for patients to overdose. While I think these new restrictions may reduce accidental overdoses, it will make things more difficult for the truly-in-pain postoperative patient. Rather than having a prescription called in over the weekend, they’ll either have to suffer in pain until Monday, go meet the doctor on call that weekend to pick up a paper prescription or go the most expensive place on earth – the ER.

If it saves lives, then it’s hard to argue with these new rules. It’s just a shame that some patients may be subjected to avoidable postoperative pain due to additional paperwork that comes in the form of a prescription pad.