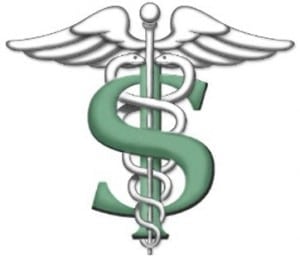 In a recent NY Times article, several examples are used to highlight a new phenomenon. New, unexpected, medical bills. Now that consumers are shouldering more of the burden of their healthcare costs with high deductible health plans, coupled with lower reimbursement from insurers to providers (doctors, hospitals, etc), patients are receiving medical bills for things they assumed were included in their care.

Whether it be a sling or a cast, the things we all took for granted in a trip to the ER or a doctor’s office, are being charged separately now. And when the insurance company doesn’t pay, the consumer gets the bill. I understand the consumer’s frustration. It’s as if you went to eat at a restaurant and paid for dinner and then when you got home later that night, you received an additional charge for the chairs you sat in. If this was a perfect analogy, the frustration would be appropriate. But healthcare is a little different.

With new restrictions put in place by the Affordable Care Act like no denial for pre-existing conditions or preventative care being included in all insurance plans (all good things), it’s costing the insurance company more in benefits paid out. In turn, they raise their rates. But raising rates won’t ensure the same profit margins their shareholders expect. For that reason, they attempt to keep their profit margins healthy by reducing the reimbursements to providers. So maybe the volume of payments made to providers for preventative services has increased, but the dollar value of each reimbursement is less.

That means, the $200 visit to the orthopedic surgeon to have a cast removed, the arm examined and the cast replaced still costs $200, but the insurance company only pays $150 for it now (dollar values are examples for the sake of argument). The costs to the orthopedic surgeon’s clinic – casting materials, utilities, employees – hasn’t changed. So that means someone has to pay the difference of $50 to keep the doors open. And that’s why you, the consumer, will get a bill for a cast, to recoup those costs. While I totally understand the frustration, it’s all part of a financial failing of the ACA.

Just because the ACA enforces the humane treatment of our citizens by not allowing an insurance company to deny someone for a pre-existing condition, it really doesn’t have any positive effect on the costs of healthcare. Services still cost the same. The only difference is that someone has to pay the difference now. Frustrated? Welcome to the business of healthcare. It’s been like this for awhile, you were just shielded from it.