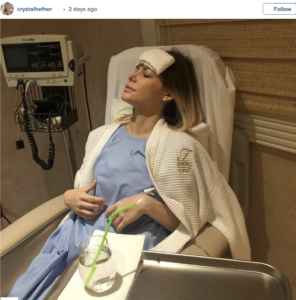 Crystal Hefner, wife of Playboy mogul Hugh Hefner, recently had her breast implants removed as reported here. The article initially suggests her symptoms of food intolerance, back/neck/shoulder pain, memory loss and fatigue was diagnosed as Lyme Disease. However, after more research, she diagnosed herself with “breast implant disease” and decided to have the implants removed. Regardless of whether her symptoms were due to breast implants or Lyme Disease, I hope she continues to feel better.

Back to Crystal. After she had her implants removed, she wrote on Instagram the following:

“Instantly I noticed my neck and shoulder pain was gone and I could breathe much better. I know I won’t feel 100% overnight. My implants took 8 years to make me this sick, so I know it will take time to feel better. I also have other illnesses to address, but with the toxic bags removed, my immune system can focus on what it needs to,” she continued. “Breast implants aren’t as popular as they once were and I’m happy to see that.”

Based on that description, I would agree that her implants were causing her neck and shoulder pain. But not for the reasons she’s suggesting. Just as a breast reduction operation can reduce the weight and strain on the neck and shoulders, removing breast implants can do the same. So as of now, I can’t recommend removing breast implants to cure Lyme Disease or the less understood breast implant illness. However, for women who are suffering these myriad of symptoms, I totally understand the need to try something, anything, to give them relief. I truly hope it works.

And what about Hef!

As an aside, this is a picture of Crystal at her husband, Hugh’s, recent 90th birthday. Look at him…plastic surgery or not, he looks amazing! 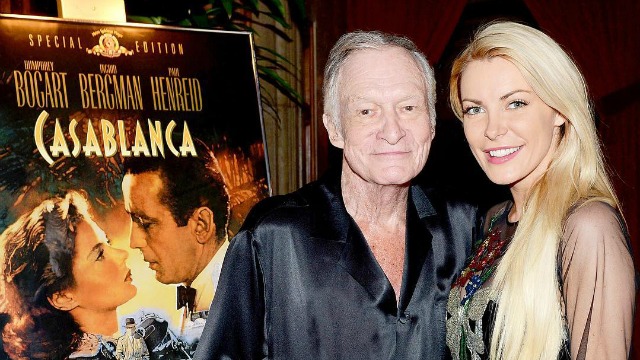