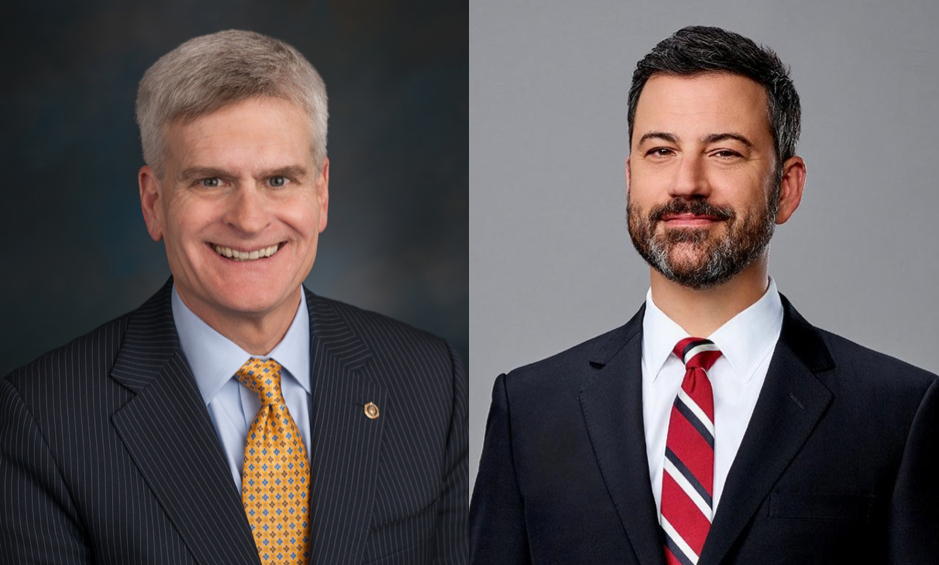 In between hurricanes and NFL protests, you may know there was a recent spat between Jimmy Kimmel and US Senator Bill Cassidy. The video here and here will bring you up to speed but to save you time, just read this!

The synopsis: Jimmy Kimmel and the Kimmel Test

The late night show host Jimmy Kimmel’s wife had a baby. Unfortunately the baby had a heart condition that will require future surgery but for now, after his first surgery, the baby is doing well. Upon his return to the show, Jimmy Kimmel made a very impassioned plea to keep Obama’s Affordable Care Act (ACA) intact. At the time the show aired, various bills were floating around Congress that would repeal the ACA. In addition to people with pre-existing conditions losing their insurance, Jimmy issued an additional warning if the ACA was repealed.

He said that without the ACA or similar protections, children like his, born with congenital anomalies, wouldn’t be treated if their parent’s insurance was taken away. Not true.

The Children’s Health Insurance Program (CHIP) started back in 1997. It’s run by the US Department of Health and Human Services and provides funds to states for health insurance to families with children. It fills the need between families that make too much money to qualify for Medicaid (the state run insurance program) but not enough to purchase private health insurance.

The point is the CHIP program is completely separate from the ACA. So regardless of what Republicans were trying to do to the ACA, and regardless of whether parents were kicked off their insurance plan, CHIP would still cover kids that weren’t covered otherwise. In other words, CHIP passes the Kimmel Test!

That’s why you don’t see children dying in the streets. That’s why hospitals don’t kick a child out of the neonatal intensive care unit because their parents don’t have insurance.

Soon after his warning to his audience, Jimmy invited US Senator Bill Cassidy on the show to discuss the senator’s coined phrase, the Kimmel Test. The Senator said that any new insurance legislation should pass the Kimmel Test. Meaning it should keep protections in place first implemented by the ACA but with more fiscal responsibility.

Jimmy and Senator Cassidy aren’t as buddy-buddy anymore. With the Senator’s bill to move money and more choice back to the states, Kimmel believed that the protections of the ACA would be stripped away by states choosing to do so.

But I don’t care where you live in America (red state or blue), or how much power the states have to decide how CHIP money is spent, no state is kicking a child out of the hospital with a life threatening illness or congenital anomaly. That didn’t happen before the ACA or after. So to suggest that the repeal of the ACA would result in children losing their insurance just isn’t true.