Things were so much simpler in the ’90’s. Domino’s still delivered pizza in under 30 minutes. People still had home phones… and the only booty on the block was that of J Lo. It was on the bigger side but it was the right kind of big. But as with many things over the last two decades, we have more choice and more confusion. Enter Kim Kardashian. 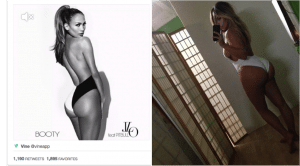 While J Lo put the booty in booty-licious, Kim Kardashian has taken things to the next level. No one was talking about or googling “Brazilian Butt Lift” the way they are now. I seem to remember people wishing they had J Lo’s booty but from a surgical perspective, there really wasn’t much you could do about it.

Apparently we’ve made progress in medicine. And I’m not talking about the silly stuff like better medications to control cholesterol or treatments for Crohn’s disease or whatever the bubble boy had. I’m talking about fat grafting. This is the ability to perform liposuction, but instead of making soap with it, the fat is purified while the patient is still asleep and then it’s injected into the patient’s buttocks to provide a fuller contour.

Quite frankly, I don’t see what aspect of medicine improved to allow this to be possible. The whole process sounds pretty simple. Suck up the fat and inject it someplace else. Liposuction has been available for decades and there’s nothing magical about injecting fat. Maybe it was the sterile canister to collect the fat that was the ‘a-ha’ moment. Regardless, Kim Kardashian has created the Brazilian Butt Lift craze through no effort of her own. Patients want it and bloggers are blogging about it.

So the question becomes, based on the photos above, what booty do you want?

Click here for the original blog post written by Dr. Jonathan Kaplan for BuildMyBod and vote in our poll: Who’s booty do you want? J Lo or Kim’s?