Get rid of lower lid bags 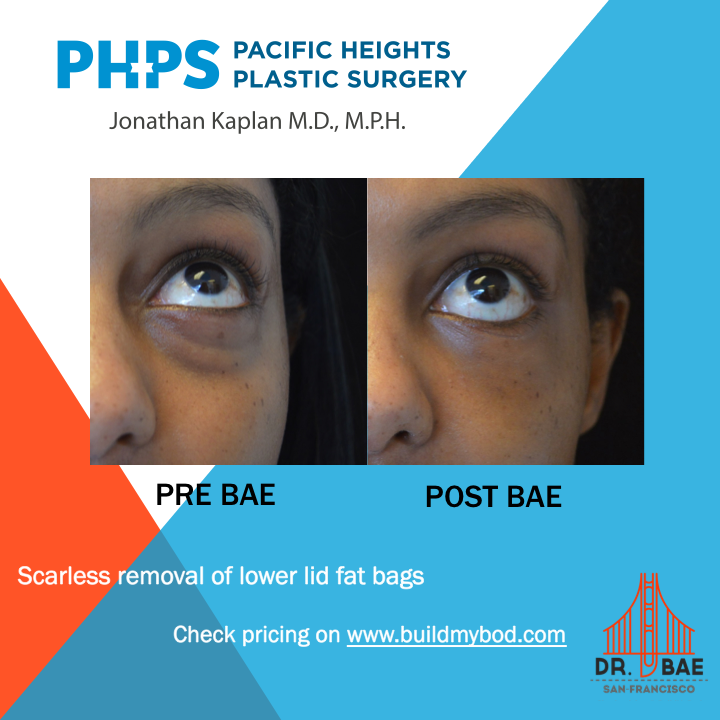 Look younger and more refreshed at work by treating your lower lid bags! Lower lid bags are due to fat from around the eyeballs falling into the lower lids. It happens to most as they age, but there’s also a genetic component to it. When done correctly, it can be a transformational operation.

Removing fat from the lower lid and getting rid of lower lid bags is such a satisfying procedure for both patient and surgeon. Aside from vastly improving the patient’s appearance and making them look younger and well rested, there’s another benefit.

The procedure is done without any visible scars. The surgeon makes an incision on the inside of the lower lid. By dissecting through the tissue, the fat is uncovered and then removed. This gets rid of the fat bags but there’s more to be done.

If you think about patients, like the one above, that have a lot of fat under the eye, there’s a “line” or crease below the fat also. This is at the lid-cheek junction and is called the “tear trough.” This is due to a ligament that separates the lower lid from the cheek. This band of tissue is always there but it less obvious when a patient is young and the face hasn’t started to sag.

As the face sags, that ligament becomes more obvious. So the ligament needs to be released when removing fat from the lower lid bags. But just releasing it won’t permanently get rid of the line. You have to put some fat in between the ligament so it doesn’t grow back together, creating the line again.

So this is what was done with the patient above. Fat was removed from the bags and a small amount was placed in between the cut edges of the ligament to remove the tear trough and keep it from coming back. Looks pretty good, huh?!

This procedure can be done under deep sedation or general anesthesia. It’s a quick recovery with minimal pain or bruising and no visible scar. To check pricing from Dr. Kaplan to remove lower lid bags, click here.