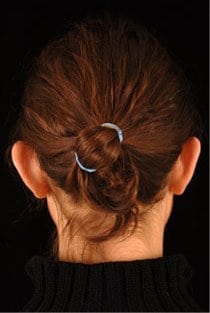 Otoplasty (ear surgery) is a procedure that I hold particularly close to my heart because of my surgical background; as a plastic surgery resident at New York’s Columbia Presbyterian Medical Center, I spent time researching ear development, and although I’ve come a long way since then, my interest in ear revision surgery has held strong.

Prominent ears generally become apparent early in a child’s life—sometimes even before they’re three or four—and even at a young age, they can quickly become a source of embarrassment. Luckily for those with ungainly ears, otoplasty (unlike many other plastic surgery procedures) can actually be performed on children (though it’s advisable to wait until they’re five or six, when their ears will have already reached their full adult size).

In an otoplasty, I make an incision in an inconspicuous area behind the ear; make a series of sutures inside of the ear to reshape and reposition the ear (and sometimes, if necessary, remove some cartilage or skin to achieve the desired shape); and then we’re done! Within four or five days you’ll be able to remove the soft head dressing you’ll initially need to protect your ears following surgery; within four or so weeks you will no longer have to wear the protective head gear you’ll initially need to wear to bed so you don’t do any damage to your ears while you’re sleeping.

Many adults, of course, go through their whole lives with this issue uncorrected, and for some it’s not a big problem. For those who are bothered by their prominent ears, however, they generally become that they constantly seek to hide—with long hair, hats, anything to keep them out of sight. If this sounds like you, otoplasty may be worth considering!