Does Botox Cause Bruising? 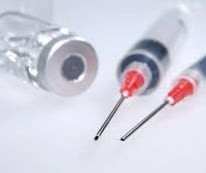 We’ve already talked about how long Botox lasts and where it can be injected. Today, we’re going to talk about one of the possible downsides to getting Botox: bruising.

Any time an injection is made under the skin, bruising is a possible side effect. That said, bruising does not always occur after Botox is administered—in fact, the majority of patients do not exhibit bruises following treatment.

So why does bruising occur for some people? Because bruising is caused when blood vessels under the skin are opened, and even a very skilled doctor can sometimes cause that to happen if they poke blood vessels with the needle they’re using for your Botox injections (the vessels are often hard to see). Using a smaller needle reduces the likelihood that this will occur, but doesn’t eliminate it altogether.

Most of the time, if you’re going to develop bruising from your Botox treatment it will appear within one to two days. Sometimes, however, it can take a little bit longer for the bruise to migrate to the skin’s surface—more like three days. This is not as common as the immediate bruising, but it does occasionally happen (and if it happens to you, there’s nothing to worry about).

If you’re concerned about getting bruises from Botox, there are some things you can do in order to reduce the probability of developing them. Aspirin, ibuprofen, and naproxen, for instance, all increase your chances of bruising, so avoiding taking them in the weeks leading up to your treatment will minimize the likelihood that you’ll bruise. Icing and putting pressure on the areas being injected before and after treatment can also limit potential bruising.

As I mentioned earlier, some bruising is always a risk when it comes to injectable treatments. Luckily, though, it’s more likely that you won’t develop bruises after Botox than it is that you will—and if you do, the bruising will resolve itself within days, while the Botox will last for months!