American Academy of Anti-Aging Medicine: A Crisis of Credibility

Unless you’ve been under a rock, you’ve heard the words anti-aging quite a bit these days. Some think of it as a catch all for the fountain of youth. To others it suggests charlatanism. I think it deserves a more balanced view and the governing body of anti-aging medicine, the American Academy of Anti-Aging Medicine (A4M as many in-the-know call it), needs to take specific steps to fight this crisis of credibility.

The field of anti-aging medicine grows out of the need to address concerns that may not be addressed or recognized by mainstream medicine. One aspect of anti-aging medicine is hormone replacement to counteract, albeit temporarily, the effects of aging. This can be done with bio-identical hormone replacement (estrogen and progesterone) or with human growth hormone, among others. Since most physicians finished medical school or residency without training in this type of alternative medicine, many physicians train or learn about anti-aging therapies after formal training. That’s where the American Academy of Anti-Aging Medicine (A4M) comes in. They have attempted to formalize the training and education that doctors receive in this area.

Pamela Smith, a physician based in Florida, deserves credit for this formalized training. She was and still is integral to the development of the Fellowship in Anti-Aging & Regenerative Medicine. With many requirements to become a fellow in anti-aging medicine or to obtain a masters degree in the subject, Dr. Smith has raised the bar of who can be recognized as an expert in the field. So where’s the crisis?!

With no formal training in medical school or residency, the field is essentially “open” to anyone. For example, to become a surgeon, you must complete a surgery residency. To become a cardiologist, you must complete a cardiology residency/fellowship. But up until the last several years, there was no formal training in anti-aging medicine so you learned “on the fly.” In a field that previously didn’t have any requirements or credentialing, it tended to attract anyone and everyone that wanted to offer the fountain of youth in exchange for your money. Something similar to snake oil salesmen.

This tendency to attract a sordid group of characters (doctors and non-doctors alike) is evident in the fellowship requirements for the American Academy of Anti-Aging Medicine’s multiple fellowship programs. In their booklet discussing the requirements of the fellowship, one requirement that is seen repeatedly is the requirement that there are no significant disciplinary actions by the applicant. I’m not suggesting that an applicant to any medical specialty must be without sin – I’m only pointing out that disciplinary actions by the applicants to the A4M fellowships was apparently so rampant an issue that this requirement had to be stated over and over again in the manual and online. If the A4M wants to give off a sense of credibility, there’s no reason to make it so clear to the public that many applicants have a questionable past. Due diligence for each applicant should be a necessity just as it is for every other medical society but this can be discussed offline, via a phone call with an interested applicant, rather than publicly. 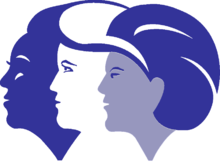 The second issue contributing to a crisis of credibility is that of research. All of the topics within anti-aging medicine need more data and research, not anecdotal evidence that has brought the field this far. One area where this lack of double-blind, prospective studies (the gold-standard for research power) is the risks and benefits of bio-identical hormone replacement. A very thorough study of bio-similar hormone replacement, not bio-identical hormone replacement, was the Woman’s Health Initiative (WHI) that released it’s results in 2002. The WHI studied the effects bio-similar hormones had on cardiovascular disease, stroke and osteoporosis in women that were many years past menopause. It did not study the effects of bio-identical hormones on the patients and it did not study perimenopausal patients.

Just to clarify, bio-similar hormones are hormones patented and produced by big pharmacy companies. Since the naturally occurring hormones produced in the body (estrogen & progesterone) can’t be patented and sold by big pharma, similar, but not identical hormones were made and sold to consumers. It appears that these bio-similar mass-produced hormones had negative side effects that were elucidated in the WHI.  There is a suggestion that where bio-similar hormones failed, bio-identical hormones have succeeded in conferring protective effects on peri- and post-menopausal patients.

But there are no large scale studies that show the potential benefits of bio-identical hormones. The WHI study evaluated 160,000 women over 15 years at a cost of $625 million. Obviously this type of funding is not easily obtainable. That doesn’t mean the A4M should forego any studies and settle for anecdotal evidence. Smaller scale, but  equally powerful prospective double-blind studies could give the field of anti-aging medicine the credibility they need.

Once the American Academy of Anti-Aging Medicine addresses these admittedly substantial issues, they will gain the respect of the medical establishment and wider scientific community while at the same time, increasing their own inherent credibility. Just like any field of medicine, A4M can no longer depend on years of dogma to carry the day.